Moral and educational responsibility of the classroom teacher in relation to the Holocaust April 11th, 2014 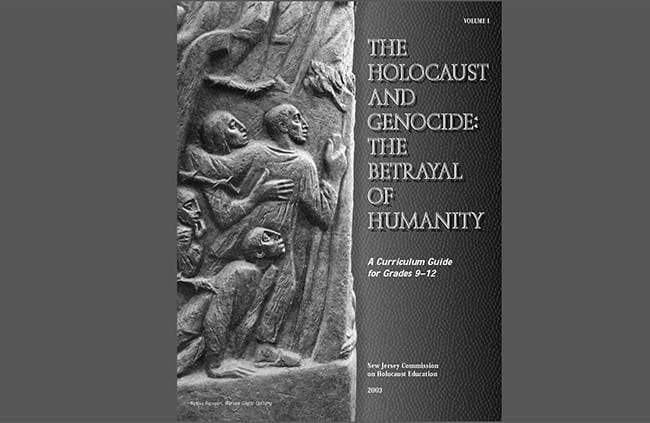 Holocaust education is essential and each citizen has the moral responsibility to fight racism and hatred whenever and wherever it occurs. The Holocaust phenomenon is not rational and not based upon actual facts or science. It occurred, however, as part of the natural process in the way people think. In order to fight prejudice and hatred, we must understand how people think.

A young child living in an anti-Semitic household learns prejudice toward Jews at an early age. He learns the negative attitudes and behaviors toward this ethnic group from his parents, immediate family, the media and often church leaders. He will learn to be a racist if his parents are prejudiced toward people because of the color of their skin, facial characteristics, or nationality. Events and experiences in his life affirm his prejudice or negate it. However, when the child attends school, others in the form of educators and peers begin to shape his environment.

The classroom teacher has the opportunity to change the child’s way of thinking. It is imperative that we begin in early childhood because researchers tell us that a child’s personality is formed completely by the age of six or seven years. Until that point, he is a “blank slate”, learning how to process the world around him. He is like a sponge filled with information to process and receptive to all that he hears and sees. The teaching of tolerance must be made a priority. Throughout the child’s formative years we need to introduce all aspects of changing negative attitudes toward race, religion or creed. Social lessons in the form of role playing specifically focusing on positives toward people that have different beliefs is necessary.

Studying the Holocaust assists students in developing an understanding of the ramifications of prejudice, racism, bullying and stereotyping in any society. It helps students develop an awareness of the value of pluralism and encourages tolerance of diversity in a pluralistic society (U.S. Holocaust Memorial Museum). The actual teaching of the Holocaust and other genocides as examples of the danger of prejudicial beliefs should begin in grades K to 12. (see N.J. State Curriculums for the Holocaust). By high school the graphic images of genocide should be presented to aid students in the visualization process of making the unimaginable imaginable. It is important for students to understand the factors that contribute to the gradual and systematic process that led to the Germans’ attempt to eliminate the Jews and other targeted minority groups.

A New Jersey School mission statement: “Students today need a more global understanding of society. One component of this is to help students understand the consequences of hate. Through an elective course that offers Holocaust and genocide education, students can gain exposure to past and present atrocities and learn how society can avoid atrocities in the future. “