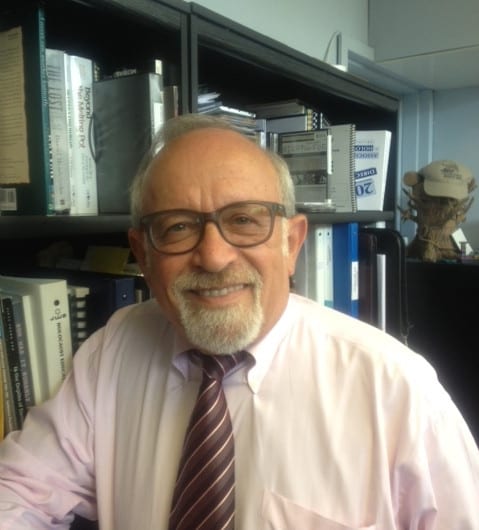 Visiting the sites of the Holocaust is an amazing experience. I’m leading a group of 80 adults through the sites mentioned in A Journey into the Holocaust and elaborated upon by the Survivors. Most of the group I’m with from Boca Raton, FL has all seen the film. They indicated it was a powerful movie and they are so glad they saw it before they came. The film has only enhanced their experience of being in the places and feeling and seeing and smelling the areas, things that can only be sensed on-site and in person. We walked through the Warsaw ghetto and imagined what the stench must have been like during those three years of its existence. We entered the cemetery and saw the gravestones of the incredible life that the Jews had in Warsaw before the war. The tombstones tell us amazing stories of the people who were orthodox (all in Hebrew), who were assimilated (all in Polish), who were both (half and half). Part of exploring the Holocaust is also envisioning what was destroyed; an 800 year old civilization – Polish Jewry. This leads us to the mass grave of those from the ghetto who were found dead every morning… so many that they could not be buried individually but had to be “dumped” into one mass burial plot. Everything to denigrate Jews into being perceived as sub-human.

We travel to Lodz and realized that 230,000 Jews lived there among whom were some of the wealthiest of Jews in the world. And then we discover the travesty that Hitler perpetrated on these productive, engaging Polish Jews. We go to the square where the Nazis ordered that 10,000 children under the age of 10 be offered up for the transport to the death camp. What a travesty as we ask ourselves what these children could have produced for society. Not only these 10,000 children, but the total of 1.5 million children – just imagine! We walked through the Lodz cemetery and saw the massive field of burial plots of those who were murdered in Lodz. We travel to the train station of Radegast (now a memorial) to step into a railroad car that transported the Jews from Lodz to Chelmno to be gassed by Carbon Monoxide and then subsequently to Auschwitz to be gassed by Zyklon B. We walk through the concrete lined memorial to see the lists, and lists, lists of meticulously noted names of every one of the 60,000 Jews put on the transport for extermination. One of our participants finds the name of his grandfather on the list – imagine! And this is only our second day on this journey through Poland – the March of the Living.