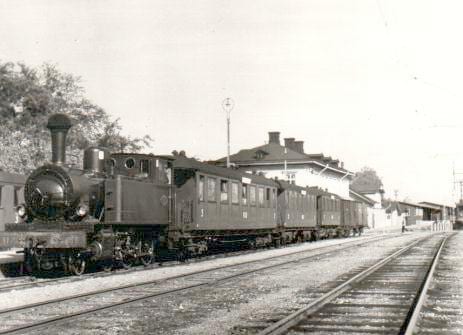 Although prior to 1933 only 200 of the 15,000 employees of the Berlin Railroad Directorate (Reichsbahan) were members of the Nazi party, Reichsbahan management often took anti-Semitic actions well before they were required to under specifically enacted anti-Jewish laws. By November 27, 1993 it had dismissed 21 senior executives and between 2,000 and 2,500 Jewish workers. Those workers who fought in World War I were retained, but only for a while. In May 1933 it terminated the medical service agreements with 1,000 Jewish physicians that had been providing medical care to railroad employees and their families. A few months before that it had instructed its purchasing agents to avoid entering into contracts with Jews and to look for non-Jewish owned firms to replace the products and services being provided by Jewish owned firms.

Railroad management pursued a policy of taking incremental steps to strip German Jews of equality, rights and dignity. The railroad was not formally taken over by the German Government until 1937. However as early as 1933 it was stressing anti-Semitic values to employees, including that Jews were of a separate race and should not be interfaced with, socially or economically. For example in the spring of 1933 it also banned any advertisements for Jewish Businesses from all train stations and railroad property.

A large portion of the emigration of German Jews took place by rail. “Railroad men assisted border police and customs officials to monitor émigrés and their luggage, reporting on efforts to “smuggle” and confiscating currency, valuables, furniture, and other domestic possessions.” Not only did Jews have to pay exorbitant ticket fees and taxes to leave German, they were prohibited from taking various types of property, which rules were readily enforced by railroad employees. These same employees were later involved with the transportation of Jews and foreigners to forced labor plants and to death and extermination camps.