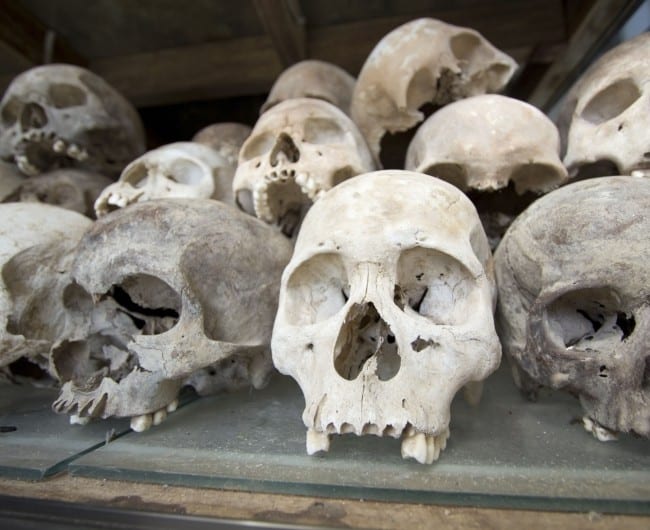 The systematic destruction of all or part of a racial, ethnic, religious or national group is known as Genocide – a word that did not exist prior to 1944. A Polish lawyer of Jewish descent, who emigrated to the United States in 1941, Raphael Lemkin coined the word in in his work, Axis Rule in Occupied Europe (1944). What was happening in Europe between 1939 and 1944 was unfathomable. There needed to be a new word that could express the unfathomable concept of the implementation of the final solution. There needed to be a word that was stronger than “murder” or “killing” or “annihilation” or assassination or even the German word “extermination.”

A Journey into the Holocaust tries to explain this conceptual framework that allowed a society to become so blinded, so brainwashed to believe that the only solution to solve the challenges of Jewish progeny was their annihilation. For three thousand years societies throughout history were confronted with Jewish hegemony. After the destruction of the first Temple, Judaism should have become an anthropological study and a wealth of historical artifacts. Instead, Jews survived and grew and spread throughout the world. So much so that societies felt threatened by the success engendered by Jews and a myriad of solutions evolved over thousands of years. The solutions took the shape of anti-Semitic fervor leading to discrimination, legislation, expulsion, conversion, assimilation, persecution and a host of solutions to culminate in the final solution.

A Journey into the Holocaust portrays fifteen hundred years of the hatred and vilification by the Church and its emissaries in persecuting a people for the sole crime of being born into a peoplehood that was perceived as “satanic.” The attempt at genocide by the mid-twentieth century Germans could only have come about as a result of an evolution of hatred and prejudice. The film takes us into this journey vividly and dramatically as the story of the Final Solution unfolds into genocide – Greek from genos (race) & Latin cidere (to kill)!