A Moment in Time – Remembering the Holocaust April 11th, 2014 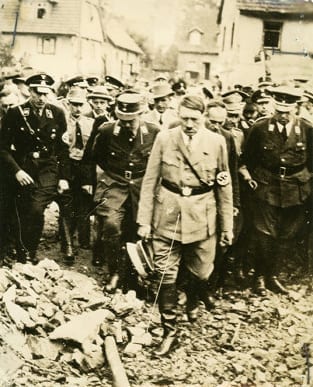 In a post-Holocaust world Jewish educators have endeavored to provide high school teens with an experience that will imbed the conceptual framework of the Holocaust into their beings turning the intellectual study into an emotional, memorable and meaningful experience. The experience is known as the March of the Living. Youngsters travel to Poland and visit the sites of the greatest catastrophic event of the 20th century. On the day Israel declared to be the commemoration of the Holocaust, Yom Hashoa, all of these young people gather together in Auschwitz to march from Auschwitz to Birkenau – a distance of 3 km.

What is amazing is that every Jewish community in the world sends a delegation of young people to converge on Auschwitz on Yom Hashoa. There are almost 10,000 teens that gather together and exit Auschwitz I by walking under the archway that heralds Arbeit Mach Frei, Work Will Set You Free. The marching takes almost 3 hours until the entire assemblage gather at the ceremonial platform to witness the lighting of six torches and hear the voices of Rabbi Lau, a survivor and different dignitaries each year.

Since 1988 the March of the Living has been the vehicle for creating a moment in time that speaks volumes to the Jewish participants, to the people of Poland and to the world at large. I have had the privilege of participating on this event for the past twenty-six years. For those of us who have been bringing youngsters to this place each year we consider this a holy moment. A moment that juxtaposes time-place-persona; the same formula used to utter the ineffable name of God on Yom Kippur in the Temple by the High Priest. This holy moment is on Yom Hashoa in Auschwitz with the young people who were not supposed to be in existence according to the Final Solution. This is an internalized memory that becomes part and parcel of the collective memory of the “Shoah” for our next generations of young Jews – our future Jewish leaders.

The event ends with another magnificent moment. At the end of the ceremony the music broadcasts a magnificent rendition of Hatikvah. Ten thousand youngsters immediately stand up straight, tall and with pride sing the strains of the Israeli national anthem. For me that moment is transformational. It is compelling, it is spiritual, and it is inspiring. I can only see the Jewish future as wonderful when I hear 52 different country’s delegations sing Hatikvah. And then we fly to Israel to participate in the celebration of Yom Ha’atzmaut – Israel Independence Day; another moment in time!