A Life Spared from the Gas Chamber by Chance and Hard Work April 2nd, 2014 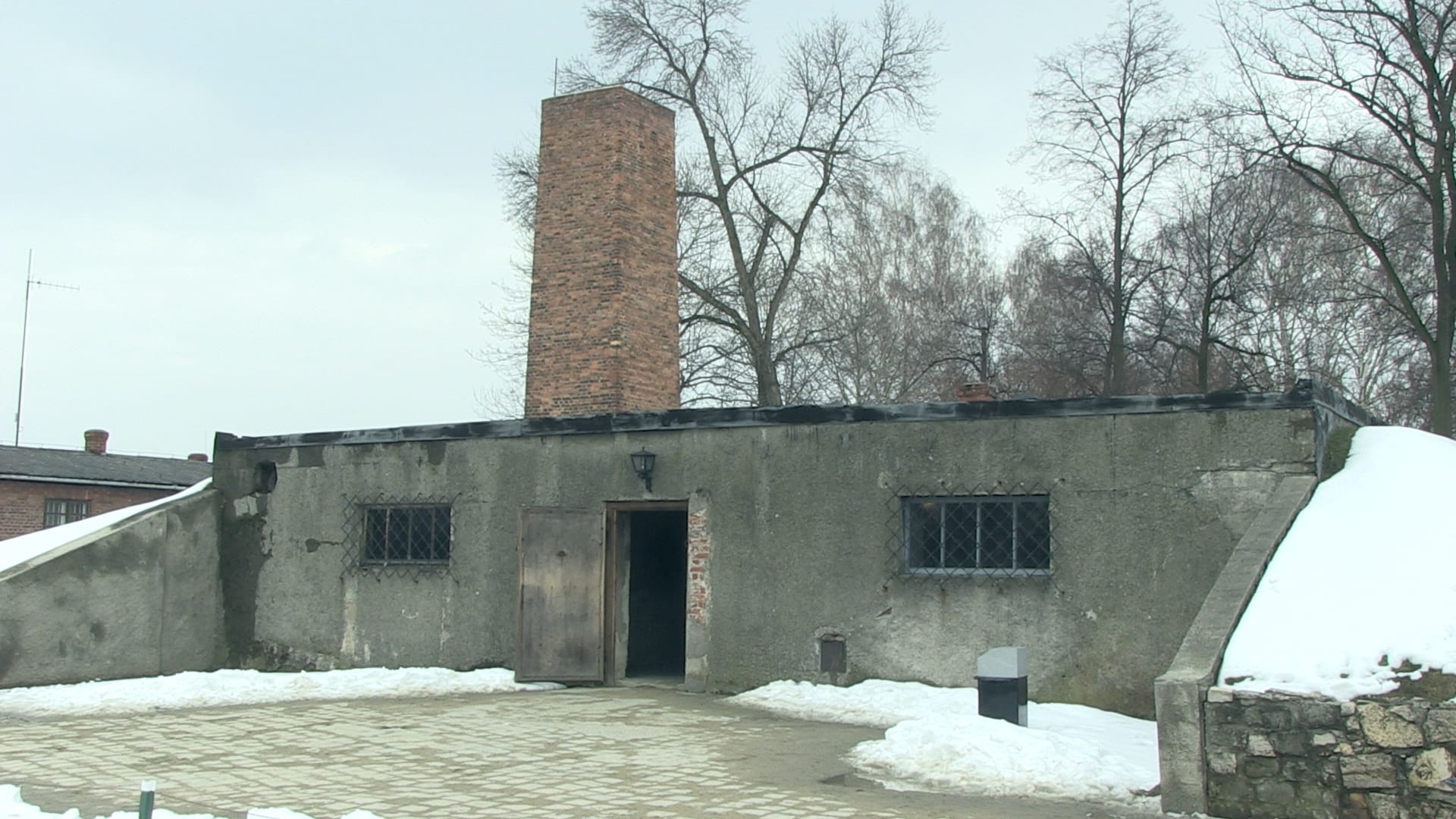 Rose Koperwas, a prisoner at Auschwitz, had the job of cleaning and taking care of the clothing repairs for a barrack of camp guards. She worked extremely hard at this job knowing it could be the difference between life and death.

One day she was walking across the camp grounds and a few guards gathered about 40 prisoners together, including her. They order this group of 40 to come with them because the gas chamber was not filled with enough people.

Rose was already naked and standing in the gas chamber when one of the guards in the barrack she cleaned saw her and said “she is too good of a worker, take her out”. Rose is one of the 14 Survivors in the film “A Journey into the Holocaust” and tells a very rare story.

Psychotherapy Professor Judith Miller has traveled to Germany many times a year for the last 13 years holding psychotherapy workshops to help the children and grandchildren of the perpetrators of the Holocaust deal with their guilt. She has worked with over 1,000 of these descendants and been told by these patients how their parents justified their actions and what they were thinking when they murdered Jews and other victims. Dr. Miller shares these insights in A Journey into the Holocaust.

One day in a workshop consisting solely of professionals, physiatrists and psychologists, she said down next to a man in his forty’s. Knowing that Judith was Jewish that man immediately jumped up out of his chair. In response to Judith’s question of why, he said he had never sat next to a Jew before.

These multi-day workshops are designed to reach a participant’s inner thoughts. They lie down on mats, do deep breathing exercises and are told to only communicate in their native language so that their thoughts flow freely. One day, all of a sudden a German woman jumps up from her mat and starts yelling Heil Hitler, screaming other words and marching. When Judith asks the hired translator what the woman is screaming the translator refuses to answer. After Judith says that is you job, you must tell me, the translator says she is yelling that “she is marching on the bones of dead Jews”.

Judith has been doing this work in Germany for 13 years. Each year she travels several times a year to Germany. There she has been working with the same partner, a German psychologist. Outside of the sessions that partner told has told Judith how he remembers as a young boy times where he was getting to wild with his younger sister in the house. His mother would lean over the banister and yell down “stop acting like Jews”.

Leon Rubach father was drafted into the Polish Army just before the war started. He left the family before the way started and never saw him again. Now his family consisted of Leon and his mother and six month old baby brother. They lived in a Jewish ghetto in Czetochowa Poland for two years before the gates were sealed. His mother’s sister Dora had fallen in love with and married Uncle Nazmi, a Turkish Citizen. Turkey was an ally of German so they had a status almost equal to being German.

Leon’s Turkish Uncle ran a Turkish coffee shop right across from the Warta railway station which was frequented by Germans. Their business was successful and they regularly brought food to Leon’s mother in the ghetto. Six days before Leon’s 10th birthday Nazmi and overheard a conversation in the coffee shop that the ghetto was going to closed. As a Turk he was able to freely enter the ghetto. He immediately went to the ghetto and told Leon’s mother they must leave immediately.

The next morning their entire extended family living in the ghetto came to say goodbye. His mother then removed his and her arm band which he knew was a very dangerous thing to do. Then, according to a plan they made, Leonfirst walked out the front gate of the ghetto on his own and then his mother followed carrying his two year old baby brother. A day later the ghetto of 40,000 people was closed with most residents being sent to their immediate death in Treblinka. Only 5,000 survived the war.

From then on Leon and his family lived masqueraded as Turkish citizens with false papers. He shares in A Journey into the Holocaust what life was like in Poland outside of the Ghettos.